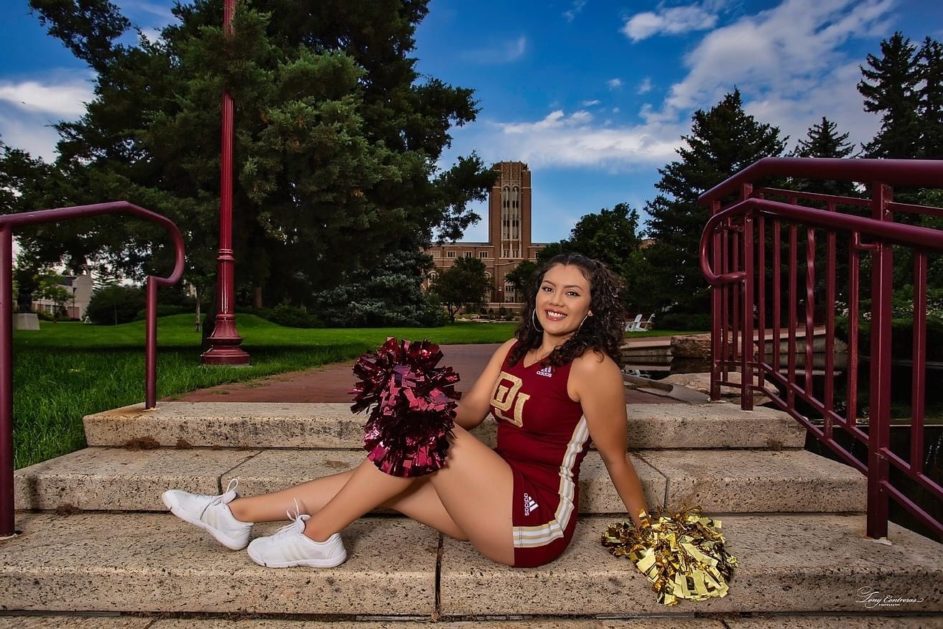 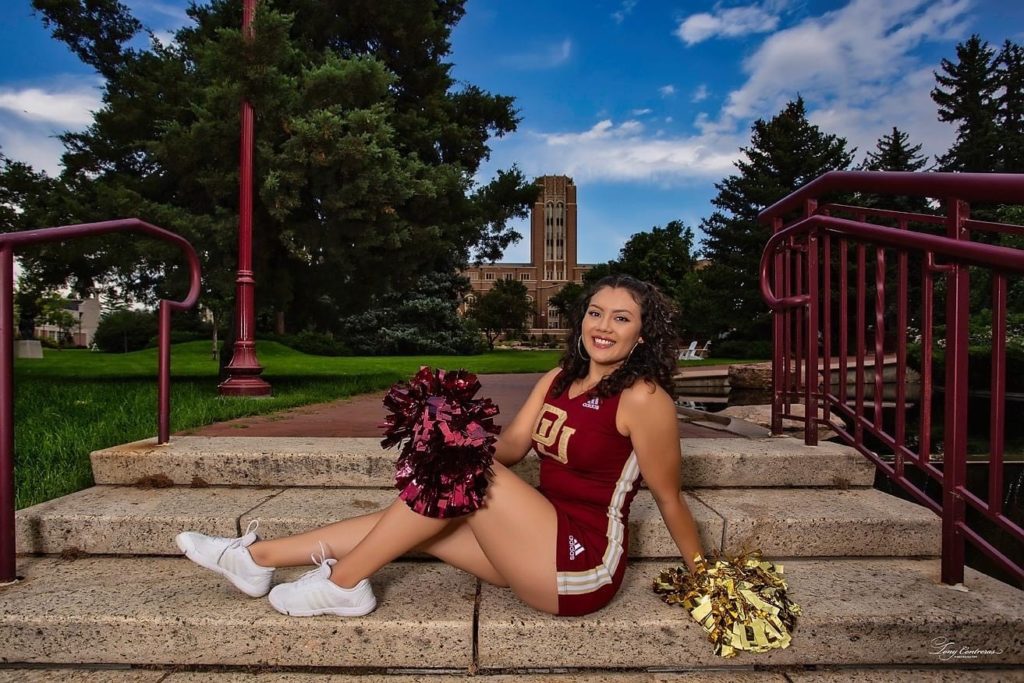 Angelica “Gigi” Granados is passionate about encouraging others so they can achieve their goals. For her, it just comes naturally. A 2017 graduate of Abraham Lincoln High School, she is now a DSF Scholar and a senior cheerleader at the University of Denver (DU).

Beyond the court, she also serves as a different kind of cheerleader on campus. Gigi, a first-generation college student, is a resident assistant (RA) for a first-generation living-learning community that supports students on their college journeys.

Though her hard work has paid off, the road to get here was not always easy. In fact, at the beginning of her college journey, for a few weeks she didn’t even know she had been accepted to the college she would later attend. Her DSF College Advisor, Gabe Guindon, kept telling her to check her email, but she still had not heard whether she was accepted or not. Her hope wavered—but not for long. Eventually she realized she used a different email account than the one she had been checking. When she finally got her acceptance, she was overjoyed!

Although she was excited, she still had some concerns.

“I thought DU’s academic coursework would be too rigorous, and I was scared,” Gigi admitted.

With a pep talk from Gabe, though, she went through with her plan and enrolled at DU.

Now, she’s at her dream college, majoring in political science and Spanish with minors in sociology and ethnic studies. Like the balancing act of cheerleading stunts, it can be a lot to juggle, but she knows that with a lot of hard work and support from her community, she can handle it all.

When asked who has impacted her success, she thinks of DSF.

“I thank DSF for believing in students like me,” she says. “When times get tough and I struggle to believe in myself, I remind myself that people like you are rooting for me.”